Malabar Rampage Day 4: A Relaxed Drive Along the Malabar Coast

Malabar Rampage Day 4: A Relaxed Drive Along the Malabar Coast 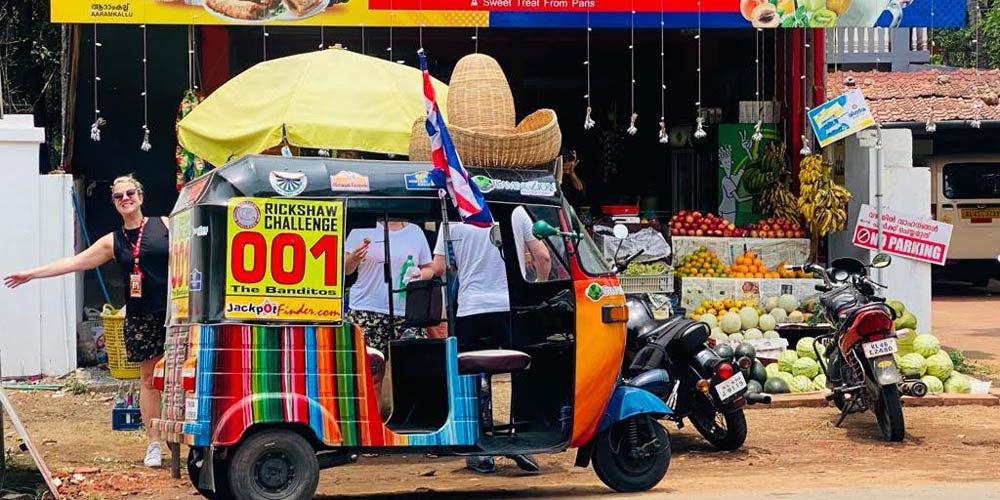 It was a bright sunny morning at Alleppey, whose backwater paradise is famous for its houseboats and the boat trips in Vembanad Lake.

A Scenic Change in the Route

While basically the whole Malabar Rampage follows the national highway 66 from Trivandrum to Panaji, both teams opted for a different route today. They chose the costal route from Aleppey to Kochi, which runs much closer to the beaches and offers plenty of scenic views.

As we have explained you in the first update of the rally, the route suggested by us can be altered according to the team’s wishes. It is important though for them to be aware that in case of breakdown or emergency our service team will take significantly more time to locate and reach the teams. 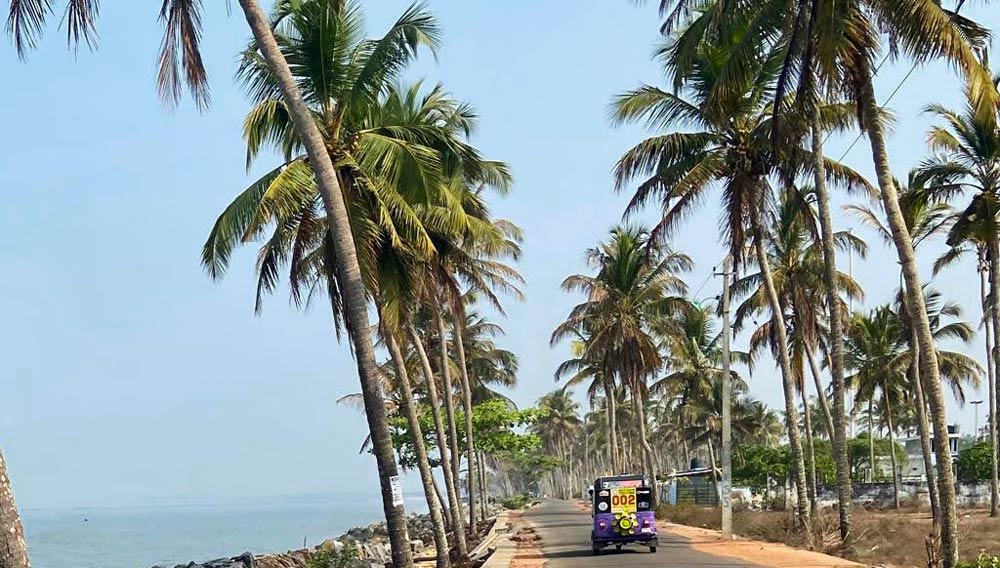 Kochi – the Famous Port Town on the Malabar Coast

It was a short day in distance as it was just a 65 km ride to Kochi. Since we had just two teams, I made my amendments to follow the costal route to Kochi too. Unlike Alleppey, a lazy town, Kochi is a town with lot of hustle and bustle, since it is a transportation hub for three different modes of transport: It has a port, an airport, and a train station, which are placed closer to each other than anywhere else in India. Just imagine the commercial activity of the place.

Our destination is in Fort Kochi which is more a laid-back peninsula, with old synagogues and touristy historical spots. Its Chinese nets are famous as the main tourist attraction here.

Reminiscing on the Day on the Road

The teams had no issues at all on the road and with that they had a very relaxed day. When I met them in the hotel, they were exchanging stories of how their rickshaw almost transformed into surfing boards, as they had the feeling of surfing on the waves all through the route rather than driving.

The teams shared that the continuous towns, the narrow but smooth road, coconut grooves and the visual sound effect of waves splashing the shore made the travel day a great and relaxed experience.

Interestingly they even had a short sporting venture stop, when they saw some local boys playing cricket. They joined the game and gifted the kids, who according to the teams were on cloud number nine, some of the cricket bats and tennis balls they had brought along.

The base hotel had super cool spa and the roof top swimming pool gave our teams time to cool off from the hot temperatures of Kerala. They finished the day with a look around Fort Kochi. Finally in the evening they sat down for wine and dine in a place which we recommended on the day sheet. The previous day sheets were returned with the answers to our challenges on the morning briefing at Alleppey, so we could update the team scores.

The drive to the next destination Calicut is a long drive unlike this day and having that in mind the teams took to bed early, to prepare themselves mentally and physically for the next day’s challenges.

With that note we would like to bid goodbye to our readers. Looking forward to meeting you on another day and with other interesting challenges. Until then Bye!