The Rickshaw Challenge Malabar Rampage 2022 has come to an end. It was an absolute joy for us to organise the event and our teams had a blast! Here is lead organizer Princely’s last update about days 6-8. Enjoy!

It’s been a week since the Rickshaw Challenge Malabar Rampage 2022 has ended and we know that you are still waiting for our last update from the road! We’ve covered the Malabar Rampage extensively on social media, so we are sure you’ve got a great visual impression of the trip by now. However, sometimes the written word can communicate things pictures and videos cannot, so here is the last part of our Malabar Rampage Diaries to wind off in style!

Here is a small recap from the start, for all our new readers: The Malabar Rampage 2022 is an 8-day rickshaw rally event, starting from Trivandrum in the Indian state of Kerala and finishing in Panaji in Goa. This was a small rally with just two teams, who had to circumnavigate the last days of Covid related travel restrictions (by now India has reopened and nothing stands between you and your own rickshaw adventure!).

“The Banditos”, who got inspiration for their name from the outlawed Mexicans who threatened the borders of the state Texas, had a colourful customised rickshaw with a Mexican hat on top of it. Mark and Christy even had fitting outfits for themselves.

The second team, “Wacky Races” drew their inspiration from old the Hanna-Barbera animated series with the same name. Their rickshaw was customised to resemble the “Mean Machine 00” from the series and Brian and Acacia too had the fitting outfits for themselves.

Costumes are optional during each Rickshaw Challenge, but highly encouraged. Depending on the package you choose, it also includes a customisation and paint job of your rickshaw according to your design – always a sure way to attract curious eyes while navigation the Indian roads.

We as Travel Scientists coordinated the event between the teams and the support crew which took care of their luggage and helped them in case of breakdowns.

Our updates so far have covered the Malabar Rampage 2022 up until day 5, when we reached Calicut. So let’s have a look on what happened on the last three days!

Day 6: In the Footsteps of Great Explorers – Calicut to Mangalore

The day was the longest day of the Malabar Rampage. After a smooth start the teams soon reached Kapad, about 20 km from Calicut. This is the place where Vasco da Gama landed, the first European circumnavigating the Cape of Good Hope and reaching India by sea in 1498, which is commemorated with a memorial.

The day was the last day driving along the Malabar Coast, which is called Konkan Coast from Mangalore. We also cross the border from Kerala to Karnataka the same day. The drive was diverse, with a lot of inclines and drops on the road, which can be quite challenging to navigate with the two-stroke engine of a rickshaw. 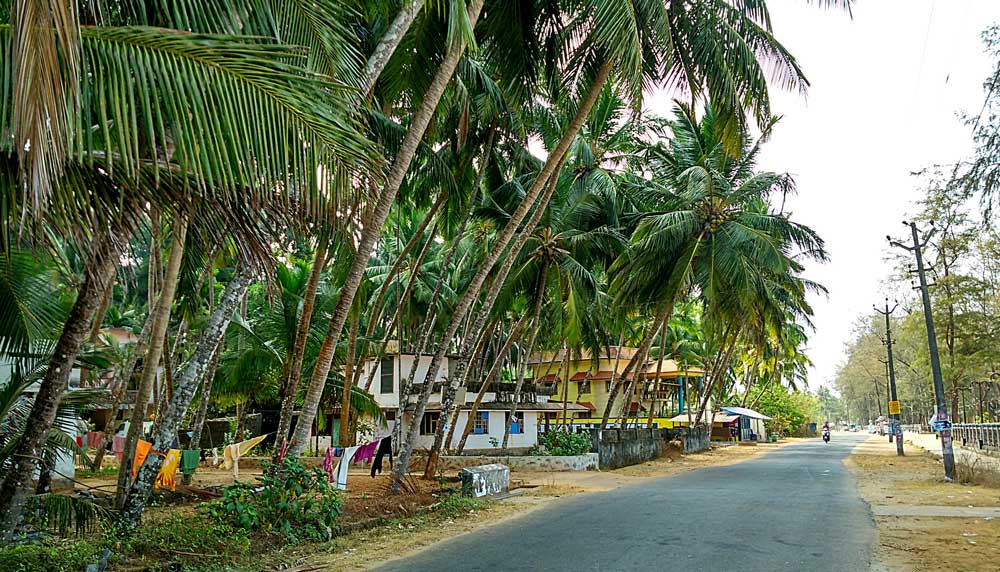 Finally, the teams arrived at the base hotel in Mangalore around 6.30 pm. Unlike Kerala, Karnataka has some nice bars and places to cool off after a long day and Spindrift in Mangalore was the place of choice.

Day 7 Back to School – Mangalore to Murudeshwar

For the morning in Mangalore a school visit was planned, which is part of our social and charitable efforts in cooperation with Round Table India. The teams brought in many gifts and toys to be distributed with the kids there, but the biggest stars for them were probably the colourful rickshaws.

The was extensive media coverage too and the teams were quite amused by the journalist addressing them as Dick Dastardly and Penelope Pitstop (the cartoon characters from Wacky Races).

They fully enjoyed the time and the interactions they had with the kids – who even taught our teams a few dance steps.

It was a great day which had absolutely no other hindrances to reaching the destination of Murudeshwar, a lazy fisherman’s village which is famous for its big Siva statue at the only temple complex there. In-between they stopped in the temple town of Udupi to visit the Mutt temple, but due to the recent restrictions, our teams were not allowed inside the temple.

Their lunch break at Batkal was an amazing experience, which they were mentioning when we had time at the base hotel. Batkal’s famous biryani was the dish they accidently ordered without knowing about its popularity. Later when they got to know it, it was a sweet surprise for them and the delicacy definitely was a culinary treat.

The View from the base hotel over the sea, the beach and Murudeshwar’s famous Shiva statue was definitely another unforgettable highlight of the day.

Day 8: The Last Day, the First Breakdown! – Murudeshwar to Panaji

The last day of the trip had finally dawned on the teams at Murudeshwar. The beautiful sunrise from the great view of the base hotel was a good sign of hope for them to finish the event. In the briefing of the day, we mentioned the beautiful spot of Gokarna. Yet the road work and lack of sign board made them miss the spot.

By the time we were driving down the Goan border, we got our first call for support from the teams. It was a call from Team 2 and Team 1 was also had stopped with them. We had to spot them in a golf course which they had selected to treat themselves for a lunch. We reached them within 15 minutes from the time we got the message.

The exhaust pipe, otherwise called as silencer was broken. Within no time our mechanics fixed the problem, and the teams were back on the leg to do the final drive after some more relaxation in this beautiful spot. 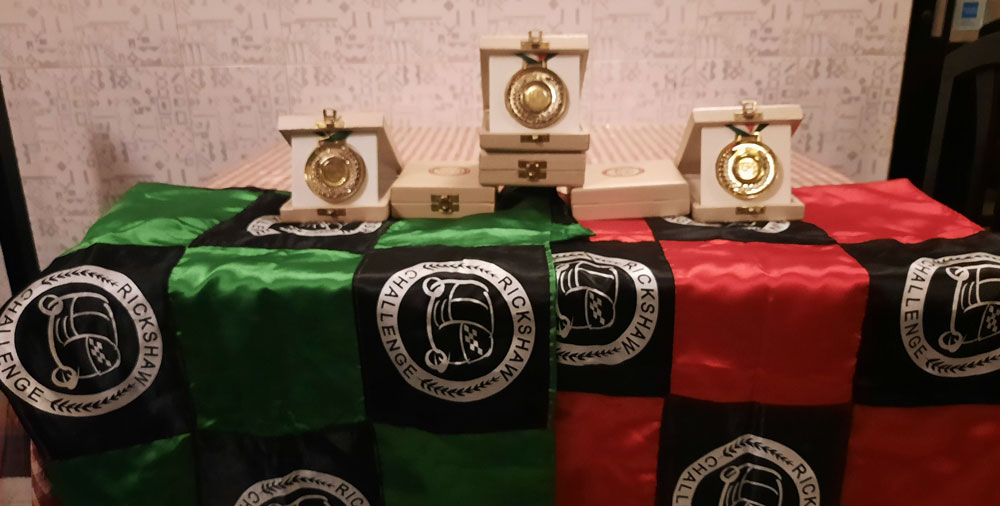 On the way to Panaji, around 15 km before the city, Team 1 hit a major traffic jam, which significantly slowed them down.  But they made it and we had the finish ceremony at a local restaurant with a Goan flavoured dinner. The teams were sharing with us the stories of the good times they had during the trip with us. There is more left from the teams’ perspectives, which we might get a glimpse as, they might write to us as feedback. So stay tuned for future posts!

That’s it from the Travel Scientists for the Malabar Rampage 2022. We will surely be back with another great adventure. Until then a big bye to you all!