Books to Stir Your Wanderlust

Books to Stir Your Wanderlust 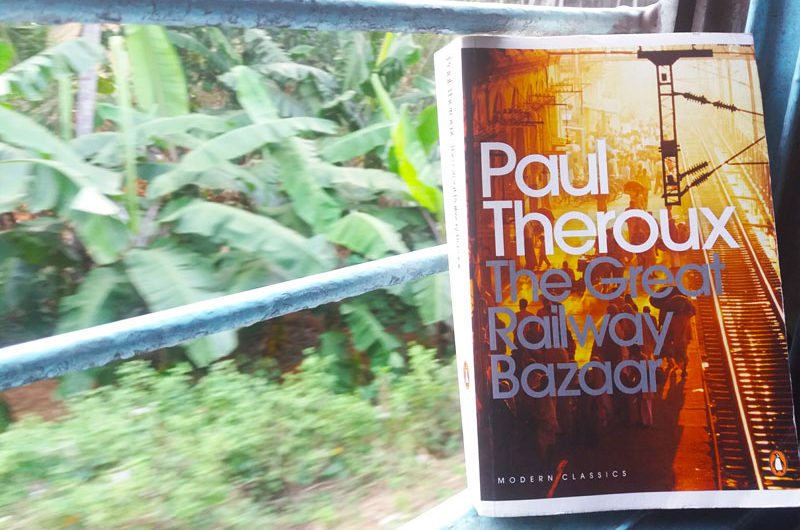 If it’s still some time till your next adventure rally with the Travel Scientists, we’ve put together a list of books which will help you to bridge the time till we meet at the starting line. These books will definitely stir your wanderlust and awaken the adventurer in you, who books plane tickets before having a plan of any kind. Read them at your own risk, we’ve warned you!

Foreign Devils on the Silk Road: The Search for the Lost Cities and Treasures of Chinese Central Asia. Peter Hopkirk.

During the Central Asia Rally, we’ll just wave across the border at the Chinese part of the Pamir Mountains behind which lies a land of ancient cultural and archaeological importance. The Silk Road has always inspired stories of immense teasures found along its way, even long after the decline of the once famous trade route and its cities. During the 19th and at the beginning of the 20th century – before China closed its borders – western archaeologists have set out to find those treasures, and they did so with success.

But what they found were not gold or precious stones, but long lost, antique cultural monuments, invaluable paintings, sculptures and most importantly scrolls which cast a new light on the history of the region. Today, these treasures can be seen in museums scattered all across the world. This book tells the stories of the men who risked their lives to rediscover them under the sands of time.

All Strangers are Kin: Adventures in Arabic and the Arab world. Zora O’Neill.

Did you know that in Arabic the words for beautiful and camel come from the same root? So if you tell a woman that she is beautiful, you basically compare her to a camel. You need to know though, that in the Arabic world camels are of the highest value and are indeed considered very beautiful and elegant animals. Kind of like horses in the west.*

While this book is not specifically about Morocco, it is about a woman’s journey through the Middle East and deep into the Arabic language with all its variations and its poetic beauty which only unfolds once you get an insight in its structure and its history.

*We do not recommend calling your girlfriend horseface though.

This collection of short stories from different authors about the ordinary and sometimes not so ordinary lives of people gives the reader a deep insight into the many facets of the mega city Mumbai. With its stories the book conveys a deep love for Bombay and all the good, the bad and the ugly that comes from it – meri jaan meaning something along the lines of “my life/my love”. Seasoned Mumbaikars won’t be able to stop themselves from thinking “Yeah, exactly like that” with a little smile, while even readers who have never been to India will see the city with all its smells, colors and people come alive.

We think this books is a great preparation for the Rickshaw Challenge and India in general, no matter if you plan on visiting Mumbai or not – although after reading this book, you probably will!

Nine Lives: In Search of the Sacred in Modern India. William Dalrymple.

The author travelled across India, meeting with nine extraordinary people, who have each chosen a different religious path for themselves. In his book Dalrymple steps completely aside and gives his voice to these people to tell their unusual stories. Be it the Keralan dancer, who is giving up his body to serve as a vessel for the gods three months a year, one of the last hereditary singers of the great Rajasthani medieval poem “The Epic of Pabuji” or the Tibetan monk now living in Dharamsala, who used to be a weapon bearing member of the Tibetan resistance against the Chinese – every single story takes us on a unique and personal journey into the narrator’s life and into the cultural and religious diversity of India.

This is probably one of the best books about India you can get your hands on, showing you the “real” India, which so many are looking for.

Orhan Pamuk’s famous memoir paints an intimate picture of Istanbul, the starting point of the Caucasian Challenge. Pamuk’s passionate love for Istanbul with all its beauty, its decay and its characteristic and unique melancholy is obvious from the first pages. The books isn’t just a memoir of the author’s life but a very intimate portrayal of the ancient city at the Bosphorous with insights  – historical and personal – that only someone who has spent his life living and loving Istanbul can give. Pamuk’s book speaks to all senses and will leave you longing for the past of a place, that you might not have visited yet.

For the ones who have already been everywhere.

While Marco Polo, or his autobiograph and cellmate Rustichello da Pisa (not sure whom to blame), certainly doesn’t have the most readable writing style, the information we get from this 800 year old travel account is still beyond precious.

Polo describes his 24 year long journey to China’s emperor Kulbai Khan and back to Venice, with an extended stay in China and all the wonders he has seen during this time. While there is much academic discussion going on about the authenticity of Polo’s accounts and if he has really been to all the palces he claims to, or if he was just writing from heresay, the well-travelled reader will discover, that much of Polo’s descriptions are still valid today.

Now, if you feel a certain itch in your feet after reading any of the books above, we can help you with that. Just sign up for any of the Travel Scientists‘ rallies and you’ll have an unforgettable adventure to write your own book about!:

Are you crazy enough to come along for the ride? Then join us on one of our next adventures. Get a team together and let’s see you at the starting line! If you want to join us in spirit, like us on Facebook or follow us on Twitter and Instagram to keep up with our latest antics.
Tags: adventure adventure rallies books wanderlust
Previous postPacking List for the Central Asia Rally
Next postHighlights of the Rickshaw Challenge Classic Run 2020