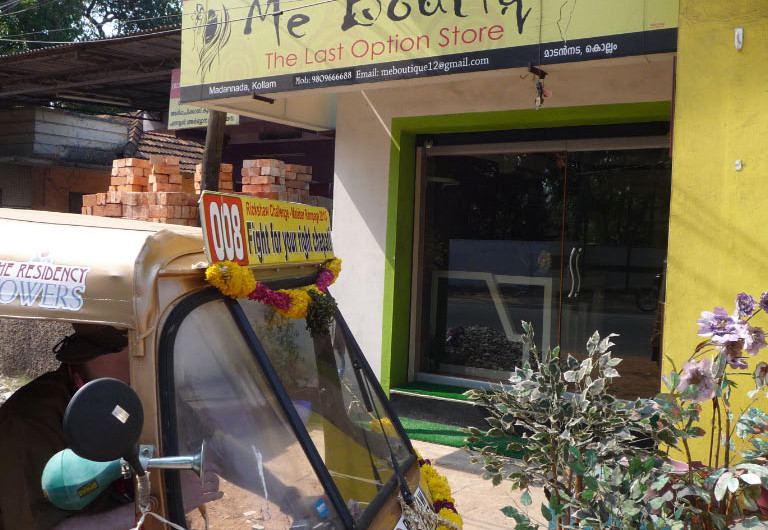 Three states, 1110km, 5 teams, 13 participants from 4 different countries kicked off from Panaji on 15 June 2015 on a three-wheeled mission across the Deccan Plateau to India’s most populous city – Mumbai!

Things didn’t begin as early as planned on the Rickshaw Challenge – Deccan Odyssey 2015, since most of the teams had partied a little hard the night before the flag off, but that still didn’t stop the enthusiasm from rushing in. Our hardy teams dressed up in costumes, sporting good spirits to compensate for the hangovers and eventually kicked off around 9am revving towards the first destination Belgaum.

The Deccan Odyssey poses some challenges, with the weather being one of the main nuisances (or should we say “fun” aspects of the trip), since we caught the very beginning of the monsoon season. However, despite the rain, nothing could dampen the spirits of our Rickshaw Challengers and everyone was raring to go.

Outside of our set challenges, the teams’ biggest hurdle was perhaps the epic traffic in Pune, which was quite a shock and a talking point among the participants. Most of the teams came in late after the flag down time since they had not banked on Pune’s size and congestion issues, where even with a small and nifty rickshaw, it’s hard to zip in and out of the traffic.

But it’s all a learning curve, since one cannot simply drive into India and not learn to navigate the challenging local traffic – something we think should be on everyone’s bucket list!

Another thing that’s often included on the India “must-do” list is the Taj Mahal. While we are no where near Agra, the Deccan Odyssey offers the next best thing: Bibi Ka Maqbara in Aurangabad. It’s no coincidence though, since the architect who designed the Aurangabad copy was the son of the original Taj designer.

But the true highlight of the trip was the rest day excursion to the Ellora caves, which along with nearby Ajanta are a UNESCO World Heritage Site. The teams got the chance to unwind and rev their rickshaws up to the rock carved temples for a challenge free day.

Fortunately, the hardest part of the trip was over, and our teams went to the holy city of Nasik before pushing onto Mumbai. While Nasik, home to the Kumbh Mela festival, is a city with key mention in the Ramayana and a sacred place in Hindu religion, the winery at Nashik Sula proved to be the highlight of the day.

Fortunately, not so hungover as not to make it to Mumbai, our teams rolled in just in time for the awards. Australian team Packman took the award home for the World Champion of the Deccan Odyssey 2015 and the Norwegians, aptly named the Wicked Vikings, won the Bonkers Award.

Are you crazy enough to come along for the ride? Then join us on the next Rickshaw Challenge. Then get a team together and lets see you at the starting line! If you want to join us in spirit, like us on Facebook or follow us on Twitter or Instagram to keep up with our latest antics.
Tags: autorickshaw Deccan Odyssey goa India Indian roadtrip karnataka maharashtra mumbai Panaji rickshaw challenge southern India travel tuk tuk
Previous postThe Rickshaw Challenge Rampages the Malabar Coast Again
Next postBring Holiday Cheer to the Children of Chennai and Tamilnadu!